Today is November 5th, which is Guy Fawkes Day. I don't care about that. I'm not English, and apart from V for Vendetta, I know nothing about Guy Fawkes or the Gunpowder Plot aside what I literally just read on Wikipedia. So Guy Fawkes Day just isn't very important to me.

What is incredibly important to me is that today marks the beginning of my fifth month of HRT. I started medical transition on June 5th, 2014, and my life was radically different then. Only about a month and a half before that, I was still completely closeted to my parents and most people close to me. The only people who I even hinted at being transgender to were my closest friends. In April, however, I decided to come out to my family, and seek transition, since living in hiding was too painful and I couldn't deal with it any longer.

And they took it much better than expected. Though they were confused and doubted me at first, they found me a really great therapist and on June 5th I took my first HRT pills.

I came out on Facebook on July 30th, since I was sick of seeing my old name so many places, and Facebook would be one less place. At that point, I was out to most people I saw in real life. The most important thing to me and my parents was that I told all my family members before telling the general public on Facebook. With that out of the way, I made that heartfelt post, changed my name and gender, and got tons of support from friends I haven't spoken with in years.

Somehow, maybe a little over a month or so ago, I realized I kind of slipped into what some trans people call, "full-time" or what gatekeepers like to call "Real Life Experience" or RLE. For the past few months, I have been living genuinely not just to myself, but also everyone around me: and that is so goddamn fantastic feeling.

Initially, I thought I wouldn't really post about my transition on this site... so I've been writing little journal entries for myself, complete with a picture of myself that day. But I realized, fuck, why not touch upon it every so often? I should be writing more in general. So consider this a little "catch-up" post.

And that's all for now. 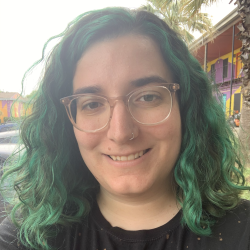